Jamie McDonnell scored a 12th-round knockdown and won a unanimous decision in his rematch with Tomoki "El Mexicanito" Kameda to defend his 118-pound world title.

Kameda came out a much more patient fighter under the direction of new trainer Ismael Salas and was successful with that particularly in the early rounds as he was able to get underneath the taller McDonell’s shots and counter well.

Eventually, though, McDonnell found the range and peppered Kameda through the middle rounds to jab his way back into the fight.

The seesaw affair came to a head in the 12th round as Kameda unleashed an aggressive attack, but caught a right from McDonnell while he was turning that put him on the ground. 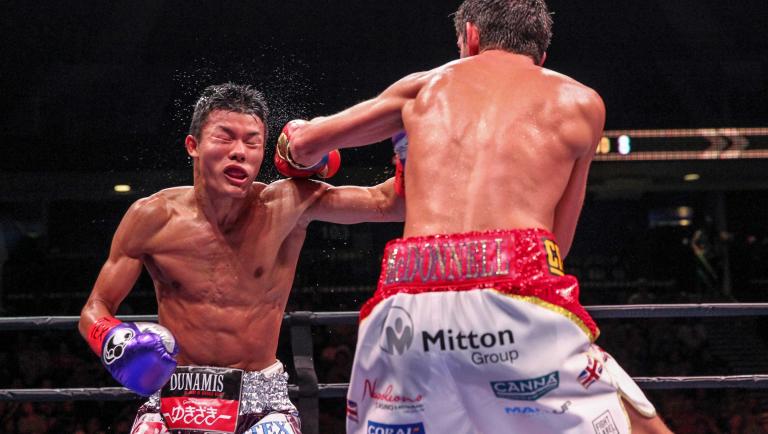 Sometimes, fate hands you perfectly placed homophones. Tomoki Kameda le encanta la comida. And Kameda isn’t shy about his love of food, either. The Japanese-born fighter who came into his own in Mexico hit a bit of serendipity between his surname and the Spanish word for “food,” and he’s not shy about his love of the latter. He has the kind of social media channels that are best avoided if you’re in between snacks.

Anthony “The Dog” Dirrell isn’t licking his wounds after defeat, preferring instead to raise his hackles at a new challenger.