Anthony Dirrell outboxed Marco Antonio Rubio for 10 rounds and pitched a shutout on the judges' scorecards to win a unanimous decision.

Anthony Dirrell looked like a marksman at target practice, but with Marco Antonio Rubio’s face in place of clay pigeons.

With superior hand speed and precise counter-punching, Dirrell continually knocked the steam out of a charging Rubio.

Landing hard right hands at will, Dirrell punished his opponent, who kept coming forward but couldn’t find a way to initiate his offense, eating far more punches than he was able to land.

Rubio did tag Dirrell with a hard right hand in Round 4, following it up with a crisp left, but he was never able to sustain any kind of lasting attack.

Dirrell literally boxed circles around Rubio at times, resulting in a victory by unanimous decision with Dirrell winning 100-90 on all three judges’ scorecards. 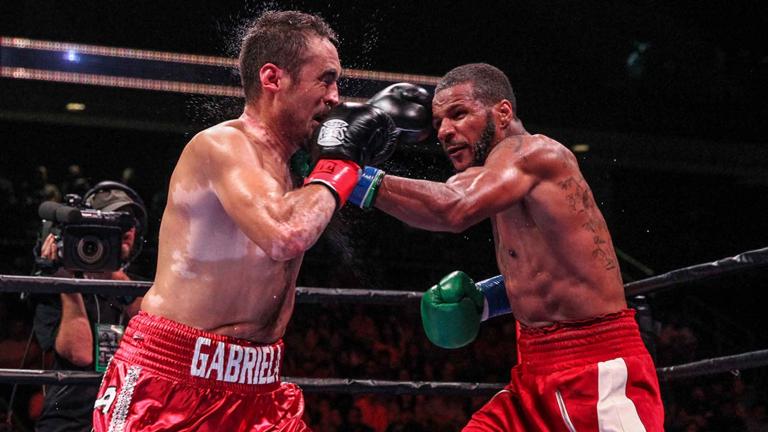 Anthony “The Dog” Dirrell has a message, one that he delivered first with his fists and later reiterated with his words—you know, just in case you didn’t get the memo spelled out all over Marco Antonio Rubio’s swollen ribcage.

Anthony Dirrell wasn’t fighting a sponge, because we all know that sponges are staunch pacifists. Still, the way the other dude in the ring with him soaked up his punishment and just kept on coming suggested some kind of preternatural absorptive powers.

Sep 4, 2015 / Beyond the ring, Paul Malignaggi, Dirrell vs Rubio, McDonnell vs Kameda

Mouth for war: How Paulie Malignaggi became one of boxing’s most in-demand analysts

Paulie Malignaggi’s voice is like a see-through dress: It hides nothing while revealing just about everything.