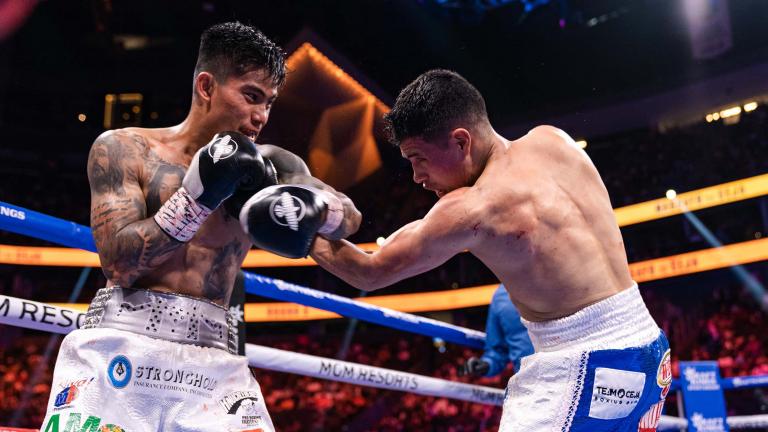 In a star-making performance, Mark “Magnifico” Magsayo (23-0, 16 KOs) of the Philippines scored a spectacular knockout of Julio Ceja (32-5-1, 28 KOs), putting the former world champion away in the 10th round of their WBC Featherweight Title Eliminator.

It looked it might be an early night when a counter left hook from Magsayo floored Ceja in the first. Mexico’s Ceja gamely rose and worked his way back into the fight, slowing Magsayo down with combinations to the ribs.

Ceja’s work paid off late in the fifth when a left uppercut introduced Magsayo to the canvas. The 26-year-old slugger made it to his feet. The bell sounded moments later.

Ceja attacked the body with abandon in the sixth and seventh but it was Magsayo who found his second wind late. His fast hands and feet allowed him to dictate the action in the eighth. He enjoyed an even better ninth, flashing his left in the forms of jabs and hooks.

With the fight seemingly hanging in the balance, Magsayo let it all hang out in the tenth. As Ceja sought refuge along the ropes, Magsayo uncorked a picture perfect one-two flush on the Mexican’s jaw. Ceja sagged to the mat, helped along the way by another right. No count was needed. Referee Kenny Bayless ended the bout at 0:50 of the 10th round.