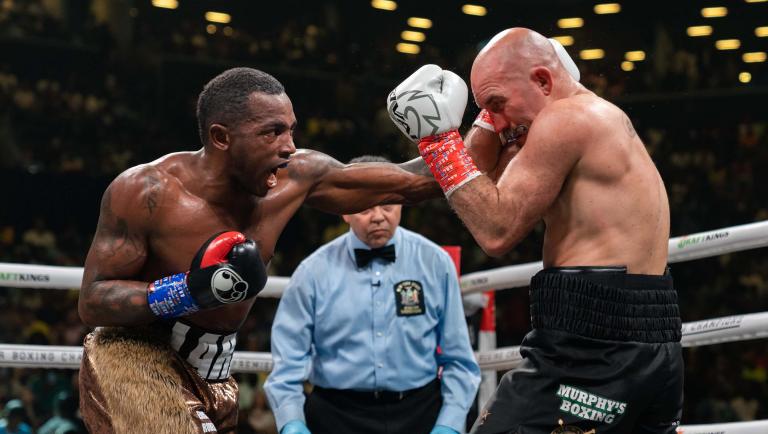 A two-division champion who landed 54% of his power punches in the bout, Lara waited patiently for his opening against the aggressive O’Sullivan, and broke through for the first time late in round four. He sent O’Sullivan down in the closing moments of the round with a blistering counter left hand that hurt him before dropping him with a straight right hand.

“This new style that I’m demonstrating is for all the boxers to show them how I can fight now, just being able to change up,” said Lara. “He was a tough boxer, too. I’m a smart boxer, a slick boxer, that’s what I did tonight. I waited until he attacked and then I did what I had to do to win the fight.”

O’Sullivan was again saved by the bell in round five, as Lara hurt him as the round waned with a right hook-straight left combination. Showing the precision that has made him renowned as one of the sport’s most skilled fighters for years, Lara struck again at the end of round seven, wobbling O’Sullivan severely moments before the bell rang.

After receiving attention from the ringside physician before round eight, O’Sullivan ran into another straight left hand from Lara early in the round, prompting referee Benjy Esteves to waive off the bout 23 seconds into the frame.

“I saw the opening, he was leaving himself open and that’s when the left came in and knocked him down,” said Lara. “I saw in the eighth round he didn’t have any more power and that’s when I stepped up and showed my power.”