One of the most exciting middleweights in modern times, southpaw slugger James Kirkland is out to prove that he remains one of the world's best 160-pounders. Read Bio

Get the Latest News

has no fight scheduled. Sign up to stay on top of his fight dates. 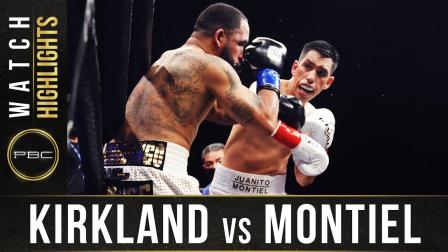 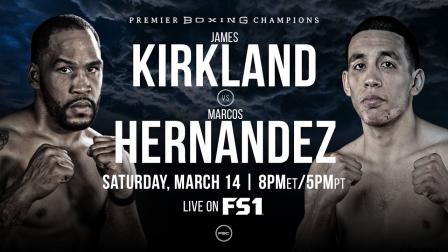 Nicknamed "The Mandingo Warrior," James Kirkland has been likened to a 160-pound version of "Iron" Mike Tyson. The long-time middleweight contender is still on a rampage as he aims to capture a world title at middleweight.

From Poverty To Pugilism

James Kirkland grew up fatherless in impoverished East Austin, Texas. Kirkland got by on food stamps, once lived in an abandoned house and “was always fighting.”

“There were lots of drug dealers,” said Kirkland. “Going to the boxing gym and being around civilized people.”

Kirkland rocketed through the amateurs, amassing a 134–12 record, and winning Silver Gloves titles four years in a row before losing a controversial decision to James Patterson in the National Golden Gloves in May 2001. Three months later, he made his professional debut at the age of 17.

Nicknamed “The Mandingo Warrior” for his massive arms, ripped abs and a generally sculpted physique that drew comparisons to Mike Tyson, Kirkland reeled off three straight knockouts of Maurice Chalmers (August), Juan Jaime Rodriguez (October) and Chalmers (December) once more in the third.

A southpaw whose first six bouts ranged in weights from 138 to 147 ¼ pounds, Kirkland whipped his next three opponents in 2002 comprising first- and third-round TKOs of Jose Luis Rodriguez (July) and Rashaan Abdul Blackburn (September) and a four-round unanimous decision over Edgar Peraza (October).

Kirkland exploded from a 17-month ring absence with a career-high six knockouts in as many fights in 2006. In April, he stopped Manny Castillo in three. Then in June, he ran through Ray Cunningham in one round.

That was followed by a third round stoppage of Alexis Divison in July. Kirkland capped off the year with two more stoppage wins, needing only two rounds to dispatch Sherwin Davis in October and then notching a fourth-round KO over David Toribio in December.

“I’ve learned some things about the boxing game that I never knew,” said Kirlkland at the time. “I took time away from boxing and got to learn and get the knowledge...I didn’t take away from my ability.”

Kirkland went the 10-round distance for the first time for a unanimous decision over Ossie Duran (June) in 2007, a year that included an eighth-round TKO of Billy Lyell (February) and stoppages in the second and first rounds over Mohamed Abdallah Said Salem (September) and Allen Conyers (November), respectively.

Kirkland took a major step up in class beginning in 2008. It began in May 2008, when he bulldozed Eromosele Albert in 66 seconds. “The Mandingo Warrior” followed up that performance with an impress second-round TKO over Ricardo Torres in September.

The win set up a November showdown versus then-undefeated Brian Vera at MGM Grand in Las Vegas. Vera was game but simply outgunned against the merciless Kirkland. Vera was dropped twice in the second and again in the eighth round where, Kirkland induced the stoppage.

Kirkland continued to step it up. In March 2009, he faced the most difficult rival to date in former world title challenger Joel Julio. Again, the action was tense but Kirkland had too much power, putting Julio away in six exciting rounds.

Kirkland returned from a two-year ring absence on March 5, 2011, stopping Ashandi Gibbs in 34 seconds. On March 18, he delivered a second-round TKO over Jhon Berrio. But in April, he was stopped by Nobuhiro Ishida in shocking fashion.

The Angulo bout was a war. Kirkland rose from a first-round knockdown, floored Angulo that same round and then finished the fight in the sixth to hand Angulo only the second loss of his pro career.

Kirkland fought once in 2012, a 10th-round disqualification victory over future champion Carlos Molina (March. He then had surgery a month later to repair two tears in his right shoulder.

He returned in December 2013 looking as powerful as ever, stopping the unbeaten Glen Tapia in six rounds. In May 2015, Kirkland was stopped by Saul “Canelo Alvarez in three rounds.

The 36-year-old Kirkland ended a four-year layoff with a first-round TKO of Colby Courter in August 2019 followed by a second-round KO of Jas Phipps in November. But in December 2020, he suffered a first-round KO loss to Juan Macias Montiel.