Danny Garcia retained his unbeaten record by majority decision in a hard-fought battle with Lamont Peterson.

Lamont Peterson showed championship-caliber legs in the first half of the fight, but great distance and solid defense weren't enough to overcome Danny Garcia who earned a majority decision April 11 at Brooklyn’s Barclays Center.

After Peterson kept his distance and kept Garcia off-balance through the first half of the fight, he dug into the trenches in the second half and played into Garcia’s powerful offense. 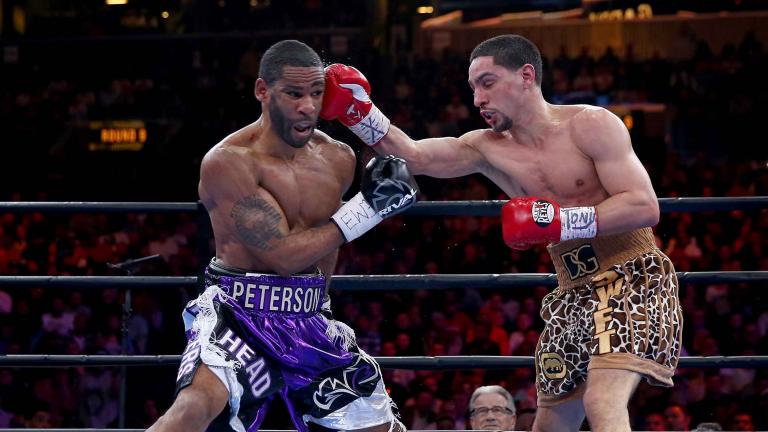 It was enough for the judges as Garcia pulled off a narrow majority decision in the end. 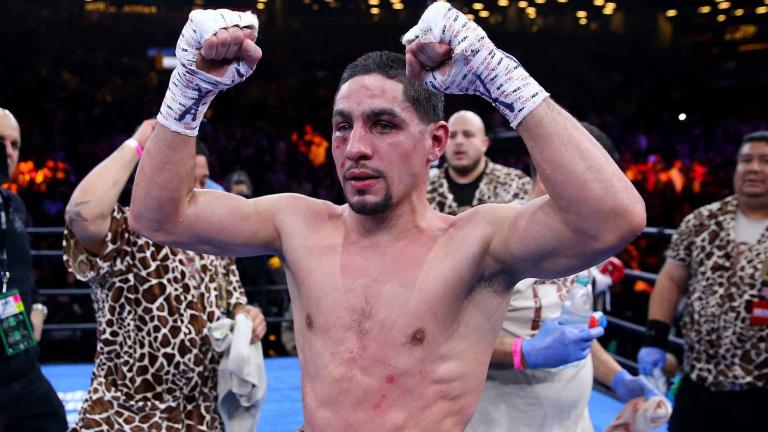 Presenting the 12 Rounds of Christmas: Round 12 (Danny Garcia vs Lamont Peterson)

The month after his April 11 clash with Danny Garcia in Brooklyn, New York, Lamont Peterson pulled out his cellphone following a workout at the Washington, D.C., gym where he trains and read us a list that he had written prior to the fight.

Danny Garcia eyeing move to 147 after win over Lamont Peterson

After 36 minutes of back-and-forth, anybody’s-ballgame boxing, it was down to the scorecards. Danny Garcia stood in the ring, face sticky with blood, and squinted his eyes. Worry, some said. Concentration, maybe. The first score rolled out: 114-114.

Danny Garcia was frustrated and frazzled by Lamont Peterson for five rounds of a fast and furious track meet. In the end, it didn’t matter, as Garcia earned a narrow majority decision Saturday night at Brooklyn’s Barclays Center to stay undefeated.