Omar "Super O" Douglas scored knockdowns of Braulio Santos in the first and second rounds, and won a unanimous decision to stay unbeaten.

Unleashing a relentless body attack that seemed capable of loosening the cartilage from his opponent’s rib cage, Douglas hammered Braulio Santos for 10 rounds to win a unanimous decision.

Santos (12-3, 10 KOs) managed to go the distance after being dropped in each of the first two rounds. Douglas floored Santos with a short, stiff left jab in the first round, then used left hooks to the body to take him down in Round 2.

Both fighters were docked a point in a rough-and-tumble fight: Douglas for rabbit punching in Round 5 and Santos for low blows in Round 7. 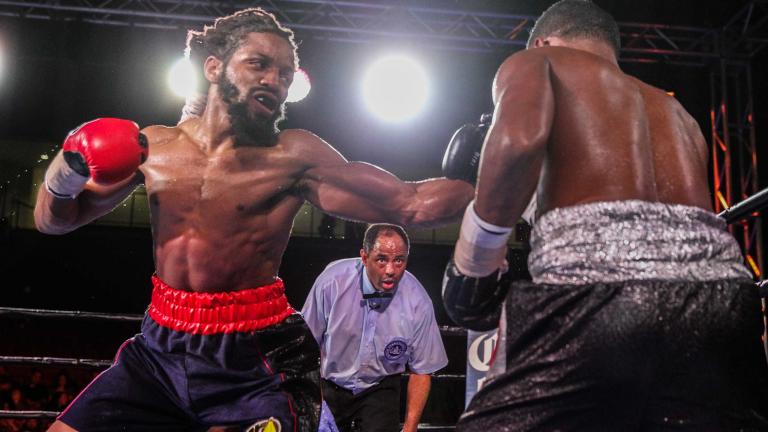 Left! ... Left! ... Left, right, left!: “Sergeant” Sammy Vasquez marched all over Jose Lopez on Tuesday, but with his fists in place of his feet.