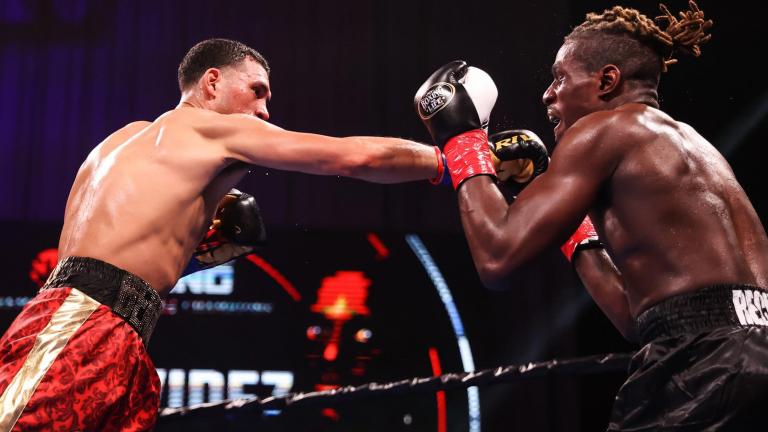 Throughout the 36-minute affair, Cruz constantly applied pressure against his opponent which led to Romero, the more seasoned professional, to hold excessively in an attempt to stall the pressure. Despite being warned frequently by referee Harvey Dock, the 24-year-old Romero was never penalized. During the rough-and-tumble contest, however, Cruz was docked a point in the sixth round for a low blow.

Romero presented an effective jab throughout the fight, landing 89 of 282, but it was Cruz’s power punching that ultimately earned him the victory. Cruz, who is now the No. 1 contender for a world title shot at 135 pounds, landed 145 of 459 power punches, including 91 body shots.