Bravo used a blistering body attack to establish control of the fight early, throwing big hooks and punctuating numerous combinations with body punches on his way to a 42 to 17 advantage in the category, according to Compubox. The Puerto Rican prospect stayed poised and was able to build up a lead on Gallegos by landing effectively throughout the first half of the fight.

Gallegos proved to be a durable test for Bravo, holding up to his attack and pushing him to round 10 for the first time in Bravo's career. In round nine, referee Jack Reiss deducted a point from Bravo, citing fouls that required him to issue multiple warnings. Reiss would take away a second point in round 10 from Bravo for holding.

Although Bravo was stumbled by an overhand right in the final round, he was able to overcome a difficult opponent and earn the unanimous decision by the scores of 97-91 and 96-92 twice. Bravo rode a 165 to 137 punch advantage to the victory, while landing over 35% of his punches. 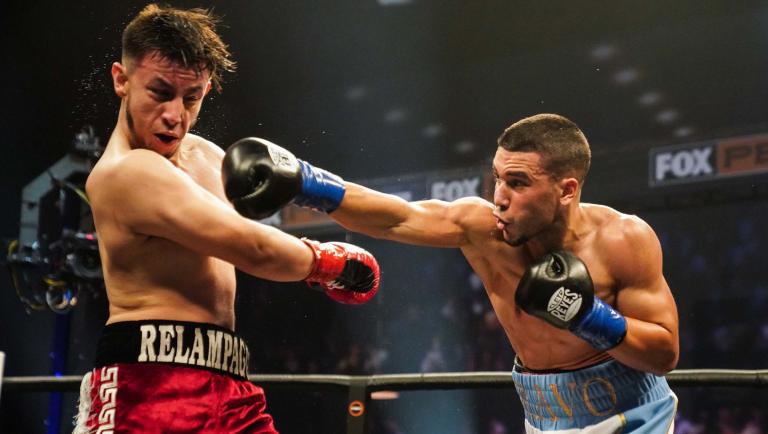