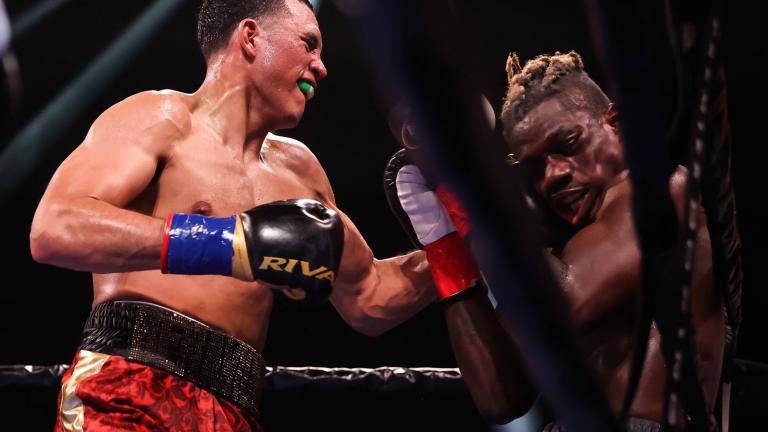 A boxing prodigy turned youngest super middleweight world champion in boxing history, Benavidez turned in a masterful performance as evidenced by his punch stats, landing 289 of 532 power punches thrown for an eye-popping connection rate of 54%. Benavidez connected on 50 punches in the 11th round which ultimately led to the stoppage. Both fighters combined to throw 1,403 punches. Following his dominating win on SHOWTIME, Benavidez is one step closer to reclaiming a super middleweight world title.

Ellis, 31, showed tremendous determination and a very sturdy chin as he absorbed the constant onslaught from the former two-time world champion. Often working off the ropes as Benavidez pressed the action, Ellis landed 89 of his 334 jabs.

The sports world lost an icon today as the death of Marvelous Marvin Hagler was reported hours before the live telecast began. A member of the International Boxing Hall of Fame, Hagler, who was 66 years old, fought in the first main event ever on SHOWTIME CHAMPIONSHIP BOXING on March 10, 1986. Hagler was honored with a ceremonial 10-count prior to tonight’s main event.

Benavidez reflected on Hagler’s passing after the fight: “I had met Marvin once before and he was a great champion. Someone told me he fought the first fight on SHOWTIME. Someone on my team let me know a few hours before the fight that he had passed. It’s sad and he will be missed. He was a true legend.”