Heavyweights Chris Arreola and Fred Kassi battled to a 10-round majority draw.

Chris Arreola didn't provide the early stoppage that he expected, instead having to rally late to earn a majority draw with "Big Fred” Kassi.

Arreola looked to follow up an entertaining brawl with Curtis Harper in March with another win, but Kassi had the game plan to weather Arreola’s big shots and work the jab.

Kassi controlled the pace early, but Arreola stepped up in the late rounds en route to a majority draw in El Paso, Texas.

Arreola pounded away with power shots, in particular a left to the body that at time seemed to slow Kassi.

Arreola couldn’t find the trigger on a knockout punch, but he rallied in the final two rounds to land a majority draw, winning 96-94 on one judge's card, while the other two scored it 95-95. 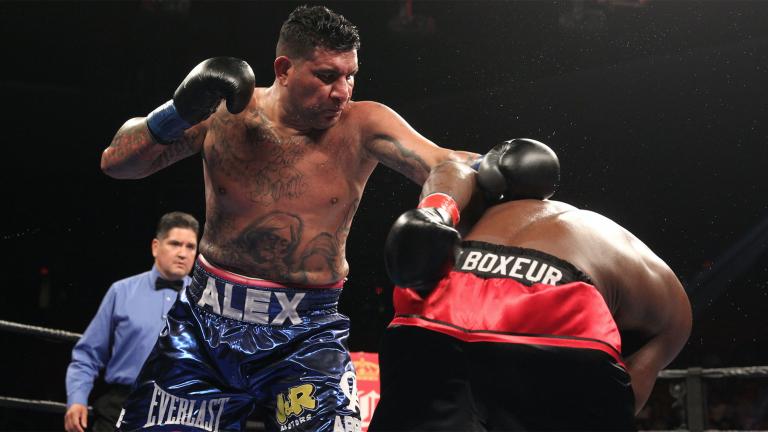 By the time he had reached high school, Chris Arreola was burned out on the sport he had competed in since the age of 7.

Chris Arreola consumed by dishing out poundings, not watching pounds

"I'm my own worst enemy. I like to eat, and when people tell me to do something, I do the opposite. … My problem is that I don't give a damn about what anybody says.” – Chris Arreola