Eleider Alvarez withstood an early charge by Isidro Ranoni Prieto and wore him down late to win a unanimous decision.

Prieto, a former mason, possessed the power of a man with bricks for hands, hammering Alvarez with wild overhand rights, staggering him late in Round 1 and almost sending Alvarez down to the canvas for the first time in his career in Round 6.

But despite throwing almost twice as punches as his opponent, Prieto was outboxed and outclassed much of the night as Alvarez controlled the distance and landed his shots much more accurately.

Alvarez's precision punching and superior hand and foot speed enabling him to win a wide decision (117-111 on all three judges’ scorecards) in what was a fun, fast-paced scrap. 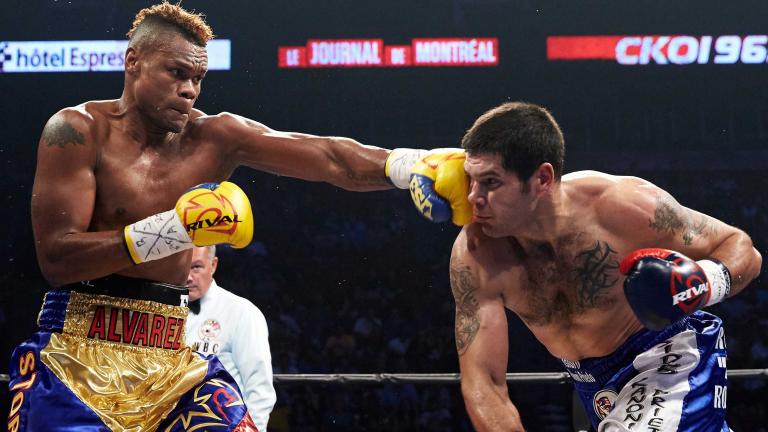 How do you make up for a wasted year—and then some? By wasting the other dude in the ring with the kind of sweat-spraying left hands that make eyes black and opponents blue.

Lucian Bute had never experienced anything like it before in the ring.

Colombian fighters are renowned for their power, but Eleider Alvarez wants to be known for more than that

As a young boy in his native Colombia, Eleider Alvarez had energy to burn—so his mother provided a flame.