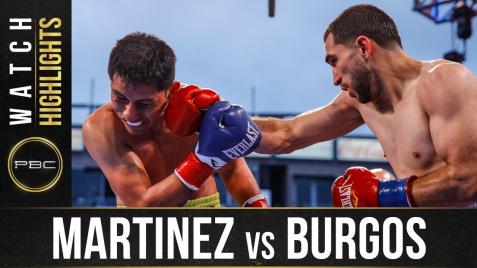 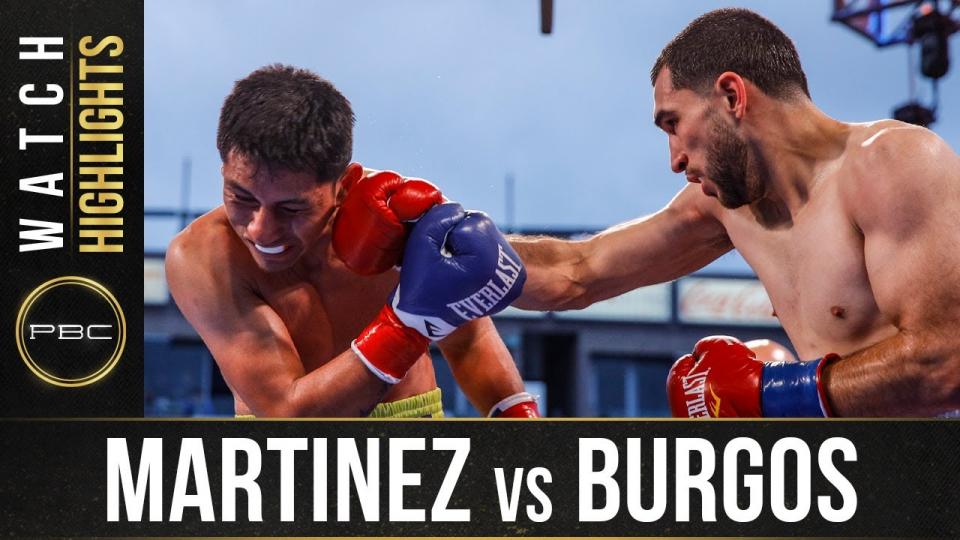 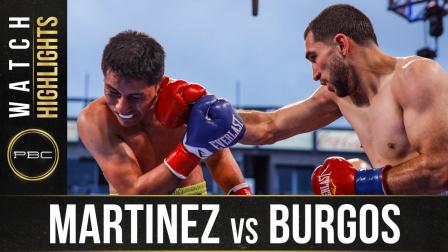 Martinez vs Burgos - Watch Fight Highlights | May 15, 2021 click here to get video transcript 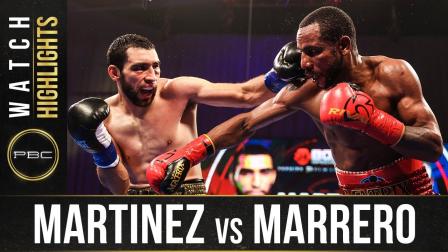 Unbeaten super featherweight contender Xavier Martinez is a classic boxer-puncher, possessing the type of skill one might expect from a boxer who fights out of the Mayweather Boxing Club in Las Vegas. The rising Martinez is on the verge of a world title shot at 130-pounds.

Getting It From The Mud

Xavier Martinez was a rageful child whose fists often did the talking.

“I always liked to fight. I was little. I was always getting in trouble. I was never initiating the fights. But as soon as someone would try to pick on me or do something to me, it would just set me off,” said Martinez to FanSided.

“One time I got really mad at this kid at lunchtime, and I cleared all the food off my lunch tray. I ended up smacking him with it. After that, my parents said, ‘You know, we need to put this kid into something.’”

Martinez wanted to play football, but his father had a co-worker who worked at Ray Woods’ boxing gym, Golden State BloodHounds, in their native Sacramento, California.

Martinez emptied his combustion into the squared circle.

“They put me in boxing,” said Martinez, whose behavior in school improved. “I’ve been doing it ever since I was seven years old.”

A 9-year-old Martinez overcame losses in his first pair of amateur bouts for an overall record of 85-10 which included titles in the Junior Golden Gloves in 2010 and No. 4 and No. 3 rankings in the nationals of 2012 and 2013.

“I still remember because I got beat up pretty bad,” said Martinez. “But I never got discouraged. After that, I went on like a 15-20 fight win streak.”

A 17-year-old Martinez won his professional debut by four-round unanimous decision over Mario Hernandez in June 2015 in Tijuana, Mexico. Hernandez was Martinez’s first of seven straight victories, four by knockout, over the course of 2015 and 2016 comprising a 4-0 (2 KOs) mark in the former, and 3-0 (2 KOs) in the latter.

A pair of first-round knockouts was among those victories, including a 58-second stoppage of Cristian Felix Perez in December 2015.

But it was at 6-0 (4 KOs) that Martinez debuted under the Mayweather Promotions’ banner in October 2016, his four-round unanimous decision over Wilfredo Garriga-Casiano following an introduction to Floyd Mayweather that June.

“I ended up being out there for a week with Floyd and got to see what his lifestyle was. It was a great experience. After that, everything just kind of fell into place.”

The Will To Win

In 2018, Martinez halted both opponents in April and September, finishing Mexican-born Jairo Vargas in the second round and Chile’s Oscar Bravo in the sixth. Bravo entered at 22-8 (10 KOs) but was stopped for the first time in his career.

Martinez ended 2019 with November’s spectacular 21-second knockout of Filipino Jessie Cris Rosales, who was flat on his back from a left-right combination that dropped him to 22-4-1 (10 KOs).

“All of these tough fights will help me get better,” said Martinez. “Every day I push myself harder and harder. As long as I go in there with my head and mindset straight, I’ll do fine.”

Martinez raised the bar in October 2020 and May 2021, scoring 12- and 10-round unanimous decisions over hammer-fisted, left-handed two-time champion Claudio Marrero of the Dominican Republic and four-time title challenger Juan Carlos Burgos of Mexico.

Martinez survived a pair of eighth-round knockdowns against Marrero, winning by scores of 114-112 (twice) and 115-111.

“Not every win is going to be pretty and a knockout, but if you can pull yourself out of tough situations, it proves what type of fighter you are. I knew it wasn’t going to be a cakewalk. It’s all part of the experience,” said Martinez of Marrero, who floored him with right hooks both times.

Martinez and Burgos traded bombs over the first four rounds, with the former counter punching off the ropes and the latter going to the body. But as time wore on, Martinez’s blows began to make more of an impact on Burgos, who lost, 99-91, on all three cards.