Heavy-handed Wale “Lucky Boy” Omotoso has developed into a knockout artist at 147 pounds after surviving a rough upbringing in Lagos, Nigeria. Read Bio 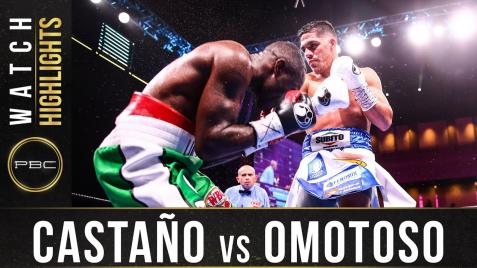 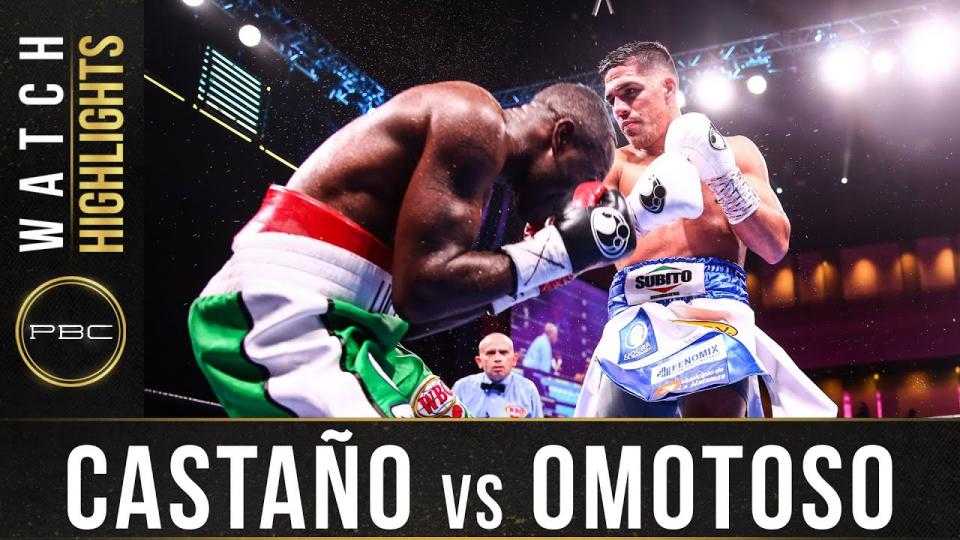 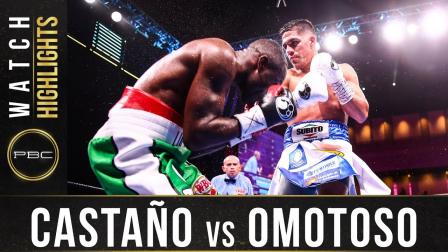 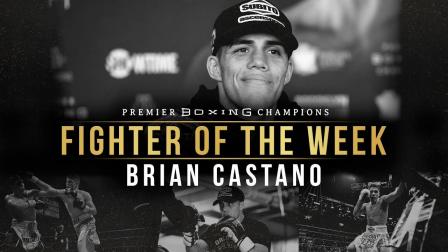 PBC Fighter of the Week: Brian Castano click here to get video transcript 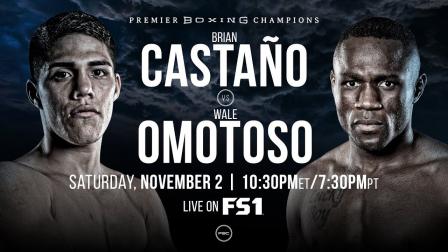 Castaño vs. Omotoso: One Step Forward or Two Steps Back?

Two of the division’s most aggressive battlers meet in a super welterweight battle with major implications Saturday night on FS1.

Wale Omotoso is Proud of his Earned Nickname

After surviving a harsh upbringing in Nigeria, the super welterweight contender says there is nothing Brian Carlos Castano can do to stop him when they meet in a 154-pound showdown this Saturday on FS1.

Wale Omotoso Irving Garcia by NC in Round 2 of 10

Wale Omotoso may call himself “Lucky Boy,” but the heavy-handed Nigerian fighter leaves little to fate once he steps into the ring. Omotoso’s extreme punching power has enabled the 147-pound fighter to compile one of the higher knockout percentages in the sport.

From mean streets to sweet science

A native of Lagos, Nigeria, Omotoso grew up on the mean streets of one of Africa’s most dangerous cities, joining a gang with his brothers for a time.

“We were four boys and one girl, with my sister being the oldest. My dad was always working, so it was just us at home,” Omotoso said. “As the oldest boy, I went into the streets, took stuff from people and sold it for us to survive.”

A life of petty crime, though, began to catch up with Omotoso.

“I’m lucky to be alive after what I lived through in Africa,” he says. “I’ve been stabbed in my right hand, my head, my back. I’ve been shot at, but never shot. If I was still in my country, I might be dead.”

Eventually, Omotoso found refuge in the gym, where he was an instant sensation.

“With my power, I was knocking people down and out,” he says. “It got to where I was sparring with heavyweights, or they had to [rotate] like two guys at a time against me.”

Bringing the thunder Down Under

In 2000, Omotoso took up boxing at the age of 15 after getting into a fight with a rival gang. He quickly shined in the ring, becoming an all-Africa champion and losing just once in nearly 50 amateur bouts.

Omotoso caught the eye of Australian trainer Murray Thomson, who was in Lagos working with another fighter, in 2006 and soon after moved to Melbourne on a sporting visa. He made his pro debut in September 2006 with a second-round technical knockout of Singyok Sor Seesunt in Victoria, Australia.

With a record of 18-0, Omotoso relocated to California to work with Hall of Fame trainer Freddie Roach. He made his U.S. debut in Atlantic City, New Jersey, in September 2011, squaring off with Calvin Odom at 147 pounds. Omotoso was downed in the first round, but roared back to gain a fifth-round TKO.

Following in the footsteps of a Tiger

Four more wins set the stage for Omotoso to face Jessie Vargas in March 2013, pitting two undefeated fighters against each other in Carson, California.

Omotoso, a nearly 2-to-1 underdog, knocked Vargas down in the second round with a body shot, but Vargas won a 10-round unanimous decision.

The loss was a setback in Omotoso’s quest to follow in the footsteps of Dick Tiger, the great Nigerian world champion of the 1950s and ’60s. But much like his idol, Omotoso bounced back with a flourish.

After a layoff of more than a year, the Nigerian scored an eighth-round TKO of Eduardo Flores in Shelton, Washington, in August 2014. He then flattened Abraham Alvarez in the second round in Studio City, California, in November 2014.

Taking a step back against Vasquez Jr.

Omotoso made his Premier Boxing Champions debut in a 147-pound clash with unbeaten Sammy Vasquez Jr. at the MGM Grand Garden Arena in Las Vegas on June 21, 2015, in a bout that aired on CBS.

Vasquez controlled the early rounds, but Omotoso stepped up midway through the bout, landing some solid right hands as the fighters engaged in a toe-to-toe brawl.

Omotoso bloodied Vasquez's face as the action got especially heated in the eighth round.

Ultimately, Vasquez's attack proved too much for Omotoso, and Vasquez won a unanimous decision to give Omotoso his second career defeat.