One of the most exciting fighters in the super lightweight division, Subriel Matias is on a mission to become the next world champion from Puerto Rico. Read Bio 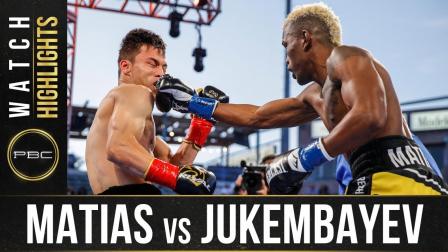 Matias vs Jukembayev - Watch Fight Highlights | May 29, 2021 click here to get video transcript 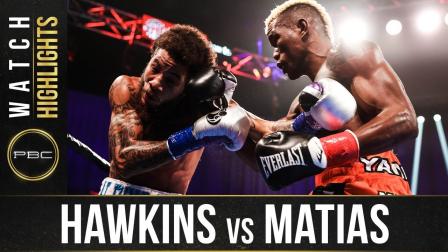 The four-division world champion cements his Hall of Fame credentials with a sensational knockout victory to become champion once more Saturday night on PBC on SHOWTIME.

Hailing from the boxing-rich country of Puerto Rico, Subriel Matias has turned heads with his two-fisted power and unorthodox attack. Matias is climbing the ranks quickly at 140-pounds as he closes in on a world title shot.

School of the Hard Knocks

Subriel Matias grew up in the small city of Fajardo, in the east of Puerto Rico, whose most famous boxer was former world champion John John Molina.

“I was always fighting in school until I started in boxing,” said Matias, who idolized Hall of Fame Puerto Rican former champion Felix Trinidad and first entered the ring as a 12-year-old. “Boxing changed my way of thinking and behaving. I can say that boxing changed my life completely.”

Matías won 80 of 100 amateur bouts with 22 knockouts, stopping every opponent to win the Isaac Barrientos tournament and earning a silver in another called the Cheo Aponte tournament.

All of this before December 2015, when a 24-year-old, 145-pound Matias debuted professionally with a 61-second stoppage of Juan Rojas Rodriguez.

“I started a bit late in boxing. I was studying and working,” Matias, a former massage therapist, once told reporters in Las Vegas. “You are talking to a dead man who God has brought back to life.”

Matias stopped all three opponents in 2016 in four rounds or fewer, capped by a second-round TKO of Jeffrey Fontanez, who entered their December bout at 16-2 with 12 knockouts.

There were four more stoppage victories in three or less rounds in 2017, ending with November’s one-knockdown second-round TKO of southpaw Patrick Lopez, a former Olympian who entered at 25-9 with 16 knockouts.

Matias halted Daulis and Breidis Prescott, former contenders, in the third- and fourth-rounds. Saucedo was floored twice during his first-round stoppage loss, and Estrella, a future title challenger who entered at 28-1 (24 KOs), in the fourth.

On The Come Up

In 2019, Matias scored a sixth-round knockout of Wilberth Lopez in March, an 11th-round TKO over Maxim Dadashev in July and a fifth round stoppage of Jonathan Jose Eniz in November.

Dadashev was 13-0 (11 KOs) entering their 140-pound title elimination bout, after which the Russian boxer suffered a severe brain injury and died a few days later.

"No one is prepared to die while looking for dreams and goals,” said Matias in a statement. “Fly high, great warrior. Only God knows the reason for things. You will always have my respect. RIP Maxim Dadashev.”

Matias split his next two bouts of 2020, being floored in the seventh of a 10-round unanimous decision loss to Petros Ananyan in February before dominating October’s sixth-round stoppage of previously unbeaten 6-foot Malik Hawkins, who entered at 18-0 (11 KOs).

The Hawkins victory was a scary performance—easily the finest of his professional career.

“The biggest difference between this [Hawkins] fight and my loss was the way I trained in the gym,” said Matias, who battered Hawkins with left hooks to the head and body all night, flooring him with a final-round left hook behind the head.

“I didn’t train as much as I should have for my last fight. Malik didn’t have the power to hurt me. In the first round, I knew that. And that’s when I kept moving forward and started hurting him in the body. That’s what I kept doing, just going to the body.”

Matias was right back in the ring on May 29, 2021, as he took on Batyrzhan Jukembayev on the Oubaali-Donaire undercard, live on PBC on SHOWTIME from Dignity Health Sports Park in Carson, California. Matias delivered another power-punching display, breaking down previously-unbeaten Jukembayev until Jukembayev’s corner stopped the bout after eight riveting rounds.

With the win, Matias established himself as one of the best in a stacked division, but this latest win wasn’t easy. Kazakhstan’s Jukembayev came out strong, landing a right hook-right uppercut combination upstairs from his southpaw stance that got Matias’ attention in the first.

Jukembayev pushed the pace in the second. Matias began letting his hands go in the third, throwing in combination to the head and body. Both combatants were now fully warmed up, setting the stage for a fourth round that could be a candidate for “Round of the Year.” It began when a hard left hook staggered Jukembayev and drove him to the canvas. Matias sought to close the show but Jukembayev held on, cleared his head and started landing his own shots. With a minute left in the stanza, Jukembayev stunned Matias with a left cross. Instead of clinching, Matias fought fire with fire, bringing the crowd out of their seats with toe-to-toe action until the bell sounded.

Matias never stopped coming forward. Following a one-sided sixth, Jukembayev returned to his corner with both eyes swelling shut. The back and forth ensued in the seventh as Jukembayev buzzed Matias with two right hooks toward the end of the round.

Matias returned to the driver’s seat in the eighth round, pounding away at Jukembayev with both fists. In total, he out-landed Jukembayev by 100 punches (234/608 to 134 /409) and was more accurate (38.5% to 32.8%). The accumulation of blows was enough to convince Jukembayev’s corner to request the bout be stopped.