One of the game's most colorful characters--and one of its hardest hitters--Regis Prograis is out to win another world title and stamp himself as a pound for pounder. Read Bio 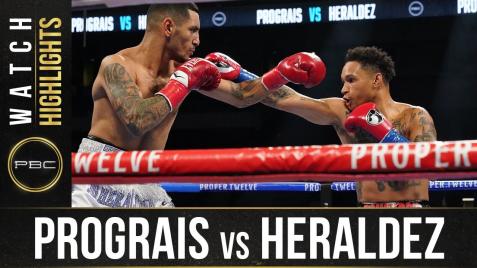 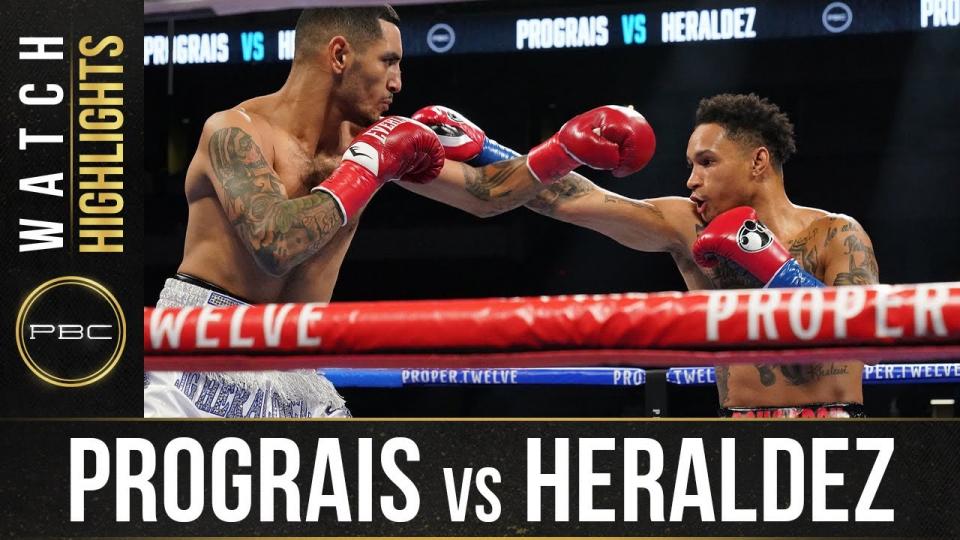 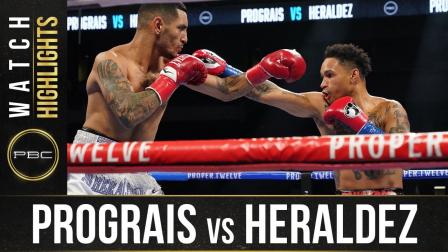 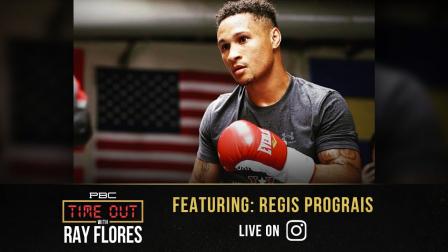 The former 140-pound world champ plans to remind folks of his frightening power on Halloween night against Juan Heraldez on SHOWTIME PPV.

Representing his hometown of New Orleans, Regis "Rougarou" Prograis possesses one of the best left hands in the game. It's helped him win a world title at 140-pounds and will likely win some more and he continues his quest to rise to the pinnacle of the sport once again.

Regis Prograis was a born athlete.

"I played every sport imaginable – football, basketball, track, karate and they wanted me to be on the swim team but I refused to do it. I did the karate thing for a long time, quit, and came back," said Prograis, who could lift 100 pounds at an age when few others could, celebrated his 17th birthday with a tattoo of his native New Orleans across his chest, and could bench press 300 pounds as a 19-year-old.

"I grew up fighting rough and tough, fighting on the streets with gloves, going against other neighborhood kids, and with those small gloves in karate, I hit somebody and really hurt 'em and they stopped the sparring. My [Sensei] said, 'You gotta go into boxing or football or something.' I was 12 or 13 at the time and already too rough for the people in karate."

But even as a high school sophomore, Prograis proved too powerful for his football teammates, his coach suggesting he adhere to the squared circle as opposed to the gridiron.

"I was always a class clown, but one day I was walking down the hall during lunch time and heard noises coming from a room. I knocked on the door and a dude was standing among other people wearing boxing gloves," said Prograis, a southpaw whose nickname, "Rougarou," references a legendary werewolf-like creature who haunts Louisiana's swamps.

"I got in there and whipped the dude. Every Friday, I'd put on the gloves and whip somebody. One day the football coach came in and said, 'I don't think you have a future in football, but you certainly have one in boxing.' I turned in my football equipment during the middle of the school year and started going to the Neutral Corner Boxing Gym."

A 16-year-old Prograis "moved around with family" after Hurricane Katrina caused untold devastation, heading to Slidell, Louisiana, Mississippi, and, finally, Houston with his mother.

"My journey started at the [Houston-based] Savannah Boxing Club," said Prograis of the venue where he trained alongside the Charlo twins, Jermall and Jermell Charlo, and also met the legendary Evander Holyfield.

"I was a year older than the Charlos, had a car before them as teenagers and I'd drive them to the gym,” said Prograis. “I was too strong and hurt a novice fighter really bad during one sparring session, so they'd put me in with the twins, and we got really close and would hang together on the weekends, in and out of the gym."

Prograis' 87-7 amateur record, mostly at 152-pounds, produced a No. 4 national ranking, a 2009 Ringside World Championship, a 2010 HORN National Title as well as a regional Golden Gloves crown and a berth in the 2012 Olympic Trials.

A 23-year-old Prograis made his professional debut in April 2012 with a first-round stoppage of Carl Almirol. Ten of his first 12 bouts (all wins) ended inside the distance.

In 2015, Prograis took a major leap in competition, starting with a fifth-round KO of Hector Velazquez in January. In April, he finished off Abraham Alvarez in one, returning to the ring in August to win an eight-round unanimous decision over Amos Cowart. In December, Prograis closed out 2015 with an eight-round TKO of the formidable Abel Ramos.

"I was 19-0 with 16 knockouts and Ramos had the same amount of knockouts as I had wins," said Prograis times. "Ramos tried to make it a brawl, but after I hurt him with a body shot in the first round, I returned to my corner and said, 'I got him.' I have power in both hands. I showed that when I stopped him."

Prograis continued to dominate in 2016, knocking out Aaron Herrera in one round that March and then a fourth-round TKO of Luis Eduardo Florez in June. In February 2017, he bulldozed Wilfrido Buelvas in one round. Then in June, he stopped Joel Diaz Jr. in two.

Prograis entered 2018 with a record of 20-0 (17 KOs). On March 9, 2018, he took on former unified champion Julius Indongo for the interim WBC World Lightweight title. It was no match. Prograis dropped Indongo once in the first and three more times in the following frame to win via impressive second round TKO.

"Indongo had fought [undefeated three-division world champion] Terence Crawford and had been a unified champion at the same weight class, but I destroyed him one round earlier than Terrence Crawford did, so that was a statement for me," said Prograis.

Then in July, Prograis became the first to defeat Juan Jose Velasco, flooring him three times on the way to an eighth-round TKO win. Prograis capped off the year by nearly shutting out former world champion Terry Flanagan in October.

"I was nervous against Velasco, fought the wrong fight and got hit way too much, but I stopped him with a body shot,” said Prograis. “I was calm and elusive against Flanagan, who barely laid a glove on me.”

In April 2019, Prograis took on Kiryl Relikh at Lafayette’s Cajun Dome in Regis’ native Louisiana. On the line was the WBA World Super Lightweight strap.

Prograis was at his best, stopping the game Relikh in six rounds.

“I was super ready for Relikh and my opportunity to become a real world champion,” said Prograis. “I dropped him with a first-round body shot, and, later on, his corner stopped the fight."

Prograis’ incredible run hit a bump in the round in October 2019, when he lost a razor-thin decision to IBF titleholder Josh Taylor in their unification in Taylor’s native England.

"People told me not to go over there because I wouldn't get a decision, but I felt like I was going to stop him," said Prograis. "It was a good, competitive, close fight and I'm not saying I got robbed, but I busted him up, felt like I won the fight and I do think I'd have gotten the decision if it was in America."

On Saturday, October 31, 2020, Prograis ended his year-long layoff against the determined Juan Heraldez in a SHOWTIME pay-per-view, live from The Alamodome in San Antonio, Texas.

He looked better than ever, using his vaunted left to flatten Heraldez in three rounds.

“I still feel like I’m the best at 140. I’m going to keep proving it every time I fight,” Prograis said afterward. “Me and Josh Taylor had a close fight, and I think if it had happened in the U.S., I would have won. We know that one day we’ll have to rematch at 140 or 147.”