After climbing the ranks fighting in his native Mexico, Moises Flores is ready to show the world that no one is better at 122 pounds. Read Bio 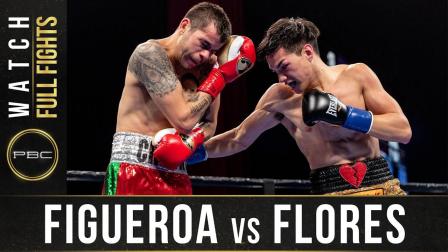 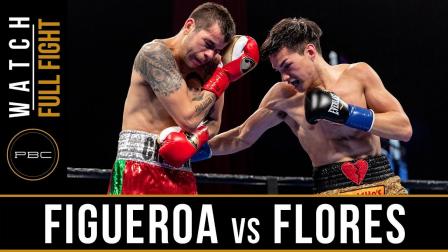 IBF welterweight champion disposes of mandatory challenger with a wicked body shot in the first round of his homecoming bout at the Dallas Cowboys World Headquarters in Frisco, Texas.

Moises Flores wants to give Danny Roman a rude welcome home to the U.S.

While Flores is ineligible to win the WBA title after missing weight on Friday, the Mexican contender still plans on proving himself against the 122-pound champion Saturday night on Showtime.

No Contest vs Guillermo Rigondiaux 20-2-0

Guillermo Rigondiaux Moises Flores by NC in Round 1 of 12

Mario Munoz Moises Flores by NC in Round 4 of 10

Moises Flores learned the fight game growing up in Guadalajara, Mexico, and spent the early years of his professional career building up his résumé in his home country. Now established as a title contender at 122 pounds, Flores looks to climb to the top of the division with his considerable talent.

A tall order for opponents

Flores is exceptionally tall for his weight class, measuring in at a rangy 5 feet 9 inches. As such, he tends to have a reach advantage over most of his opponents.

Flores, though, isn’t one to merely fire punches from a distance and box from the outside. He likes to mix it up, and his record reflects as much, with most of his opponents going down by knockout.

Flores made his pro debut in August 2008 with a second-round KO of Oswaldo Salgado in Guadalajara. He fought exclusively in Mexico over the first six years of his career, and made quick work of most of his opponents.

Flores made his U.S. debut in September 2014, winning a six-round unanimous decision over Pablo Batres in Mesquite, Texas. He then gained a seventh-round TKO of Mexican veteran Mario Macias in Tulsa, Oklahoma, in November 2014.

That victory set up a 122-pound title shot against interim champion Oscar Escandon in Carson, California, in April 2015. In an electrifying, all-action brawl, Flores earned a split decision to win the title.

“This is a dream come true—more than a dream come true—for me,” Flores said after the fight. “I saw my family on the beach, eating meat. I saw my babies better dressed. For me this is a life-changing victory.”

Now, he’s looking for many more to come.