Edwin Rodriguez moved from the Dominican Republic to Massachusetts as a teenager and has steadily moved up the 175-pound ranks. Read Bio 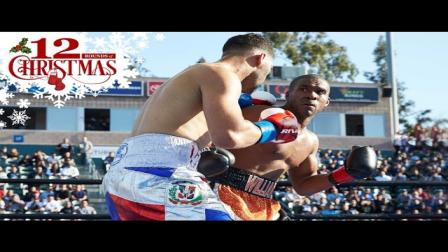 12 Rounds of Christmas 2016: Round 2 click here to get video transcript 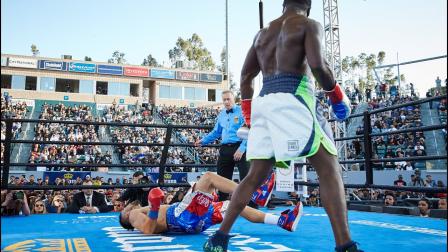 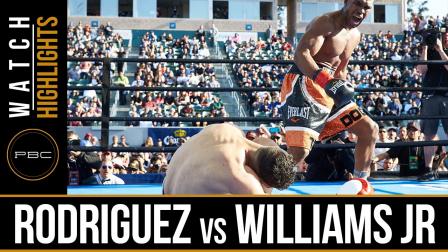 Edwin Rodriguez Begins a New Career as a Police Officer

Former world title challenger Edwin Rodriguez has exchanged his boxing gloves for a badge as he begins a new career with the Massachusetts State Police Department.

Lara and Castano Battle to a Split Draw

Edwin Rodriguez dreamed of becoming a star baseball player as a kid in the Dominican Republic, but switched to boxing after moving to Massachusetts as a teenager. After an outstanding amateur career, “La Bomba” fought for a world title at 168 pounds and is now climbing the ranks at 175.

From baseball to boxing

New England is granite and snow, frigid waters off the coast of rocky shores. There’s something about it that makes for great boxers.

Micky Ward came from Lowell, Massachusetts. Marvin Hagler and Rocky Marciano both came from Brockton. The great Willie Pep hailed from Middletown, Connecticut. And Edwin Rodriguez, born in the Dominican Republic and raised in Worcester, Massachusetts, hopes to join those ranks.

Rodriguez moved to Worcester at age 13 with dreams of becoming the next great Dominican ballplayer. But winters in the Bay State made for a short baseball season. Two years later, he abandoned the diamond for the ring.

As an amateur, Rodriguez rolled up a record of 84-9 and won the National Golden Gloves in 2006.

He hoped to represent the United States in the 2008 Olympics, but during training, Rodriguez’s then-fiancee, now wife Stephanie Rapa, gave birth to twins Edwin Jr. and Serena, 16 weeks premature. Rodriguez had to put his Olympic hopes on the shelf as Edwin Jr. was intubated for 122 days.

Doctors told the couple that their son’s chance of survival was “close to zero,” according to Yahoo Sports. They advocated pulling the plug on the machines keeping the baby alive, but Rodriguez refused.

Today, Edwin Jr. has cerebral palsy and autism, and Serena a mild case if cerebral palsy, but both children came through alive and healthy.

Sparring with an infamous opponent

In 2010 when he was preparing for a fight, Rodriguez was looking for a sparring partner who could come to Worcester.

The man he trained with was a 2010 New England Golden Gloves winner who dressed oddly and complained too much when he got hit in the sparring session. It turned out to be Tamerlan Tsarnaev, the Boston Marathon bomber who died in a shootout with police in the aftermath of the 2013 bombing.

“I wish that I never slowed down when I had him [hurting],” Rodriguez told the New York Daily News.

Stepping up the competition

Rodriguez would continue his mastery of the 168-pound division through 2013, when the 24-0 Rodriguez met 26-0 Andre Ward in Ontario, California.

It was a rough one, with referee Jack Reiss stepping in during the fourth round to break up a clench, when he caught a left intended for Ward. Reiss took both pugilists to task and took two points from each fighter.

When it was said and done, Ward cruised to a unanimous decision and Rodriguez suffered his first loss.

The Ward fight would be Rodriguez's last at 168. He stepped up to 175, where the extra weight has agreed with him.

Rodriguez scored wins over Azea Augustama and Derrick Findley in 2014, knocking the latter down twice in the first round before Findley retired after one frame.

Rodriguez established himself as a legitimate threat at 175 pounds when he took on Craig Baker at Boston's Agganis Arena on May 23, 2015, in a Premier Boxing Champions bout on NBC.

Rodriguez was all over Baker from the opening bell, drilling him with an array of punches.

Baker barely mustered any attack against Rodriguez, who controlled the action with fierce body shots.

With Baker unable to keep Rodriguez off of him, referee Bob Benoit waved an end to the fight in the third round, giving La Bomba a victory by TKO.