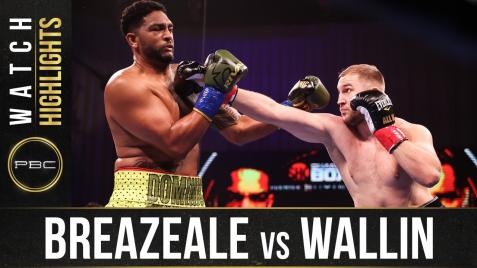 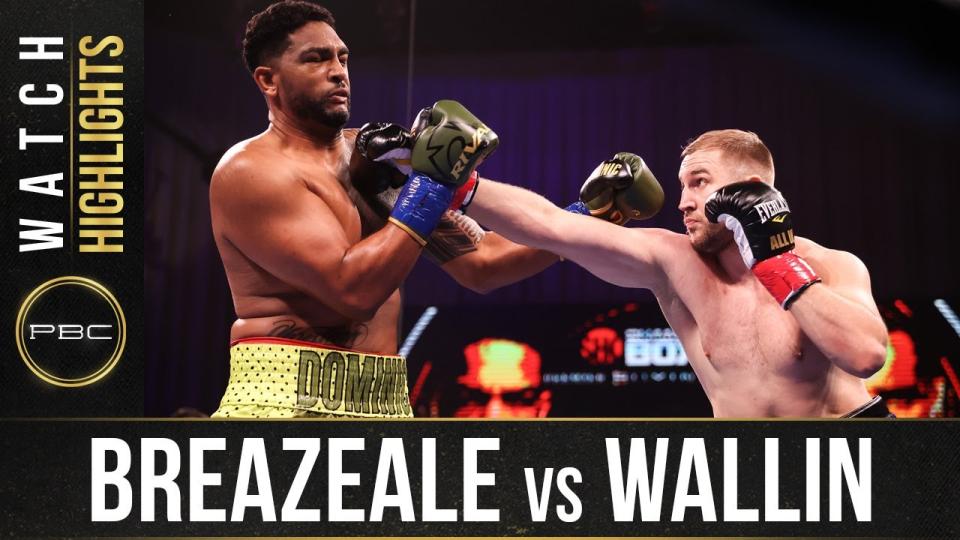 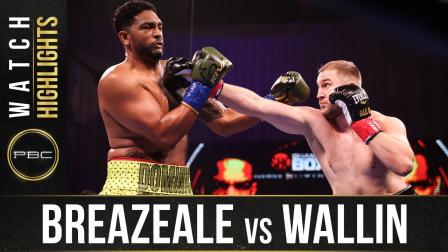 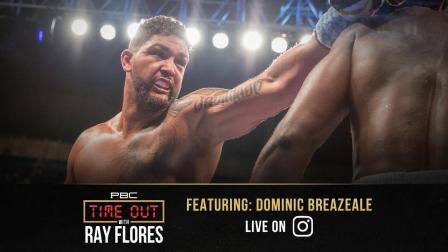 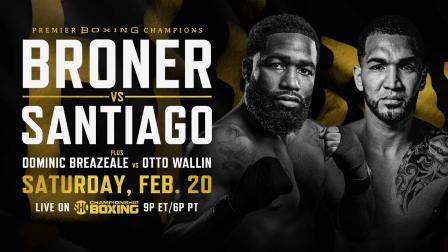 The two-time heavyweight title challenger is back with a new trainer, a new regimen and a new attitude as he prepares to face unbeaten Otto Wallin Saturday night on SHOWTIME.

Dominic “Trouble” Breazeale’s path to ring success didn’t follow the usual narratives of hardscrabble origins or a troubled teen in need of direction. Instead, the 6-foot-7-inch California native was recruited to box after playing college football, and he quickly developed into a U.S. Olympian. As a professional, he has continued his rapid evolution despite a steep learning curve in his pursuit of a heavyweight title.

A star in another sport

Breazeale has always had a big right arm. He just used it for throwing instead of punching growing up in Alhambra, California.

After taking up football at the age of 6, he became a star at Alhambra High, captaining the team for three years and setting school passing and touchdown records.

Breazeale attended junior college in the Golden State, playing two years at Mt. San Antonio College, before moving on to the University of Northern Colorado.

Breazeale was the Bears’ starter for much of the 2006 and 2007 seasons, throwing for more than 1,000 yards each year and completing 58 percent of his passes.

The quarterback was hoping to catch the eye of an NFL team after college, but instead landed the attention of a recruiter in Carson, California, who was looking to teach elite athletes in other sports how to box.

After getting hit in the face during his first training session, Breazeale wondered if taking up boxing at the age of 23 was the right move, but with his wife pregnant with their first son, he stuck with it.

Three years after he began training, Breazeale developed into the top-ranked amateur heavyweight in the U.S., and fathered a second son with his wife along the way.

He won the U.S. National Championship in 2012 after finishing third the previous year, putting him in the nearly unthinkable position of qualifying for the U.S. Olympic team.

He won the Olympic trials in February, and then competed in an Olympic qualification tournament in Rio de Janeiro three months later without any international experience. He lost in the finals to Ecuador’s Italo Perea, but earned a spot on the U.S. Olympic team.

Breazeale lost to Russia’s Magomed Omarov by a 19-8 decision at the London Games, and turned pro soon afterward.

Breazeale made his professional debut on November 9, 2012, with a first-round TKO of Curtis Lee Tate in Indio, California.

It was the start of a trend, as the hulking Breazeale stopped each of his first nine opponents in less than four rounds before gaining a near-shutout on the judges’ scorecards in a unanimous decision over Nagy Aguilera in April 2014.

Breazeale continued his destruction after that, though, needing little time to stop his next five opponents, starting with a third-round TKO of Devin Vargas in June 2014.

He then knocked out veteran Billy Zumbrun in the second round in August 2014 before taking out Epifanio Mendoza in the first round that December.

Breazeale finished off Victor Bisbal in the fourth round in Las Vegas in March 2015. He then floored unbeaten Yasmany Consuegra three times to gain a third-round TKO in Carson, California, in June 2015. Then in September, Breazeale capped off his 2015 a 10-round unanimous decision over Fred Kassi.

On June 25, 2016, Breazeale fought for his first world title when he took on IBF World Heavyweight Champion Anthony Joshua in Joshua’s native UK. Breazeale proved to be a tough out, but ultimately fell short as Joshua won by seventh-round TKO.

Undaunted, Breazeale returned to the ring on February 25, 2017, versus rising undefeated contender Izu Ugonoh. It was a war from the opening bell. Ugonoh controlled the fight early landing heavy blows to both Breazeale's body and head. Then Breazeale flashed his power, dropping Ugonoh in the third.

But his momentum didn’t last long. A toe-to-toe battle in the fourth led to Breazeale tasting the canvas. Just when it appeared as if Ugonoh was on the verge of victory, Breazeale was able to compose himself, storming back to knock Ugonoh down and out in the fifth round.

"Coming off the loss to Joshua, this win puts me right back in there,” said Breazeale afterward. “This is what I've always asked for. My team does an incredible job of getting me any fight I ask for, and I wanted to fight an undefeated guy like Izu. He's a big, strong, athletic guy.

"Tonight, the story was about me having the heart of a lion, getting knocked down, but getting right back up to finish this fight."

Breazeale returned in November 2017, defeating long-time contender Eric Molina in eight rounds. On December 22, 2018, he flashed awesome power as he put Carlos Negron away with a single right in the ninth round.

The win set up another title shot, this time versus WBC World Heavyweight Champion Deontay Wilder. Breazeale came up short as Wilder stopped him in the first round. He would suffer another defeat on February 20, 2021, a points loss to rising contender Otto Wallin in a fight where Breazeale started slow but finished the much stronger fighter.