Haitian-born Canadian Adonis Stevenson overcame a checkered past and a late start to his career to become a world champion at 175 pounds. Read Bio 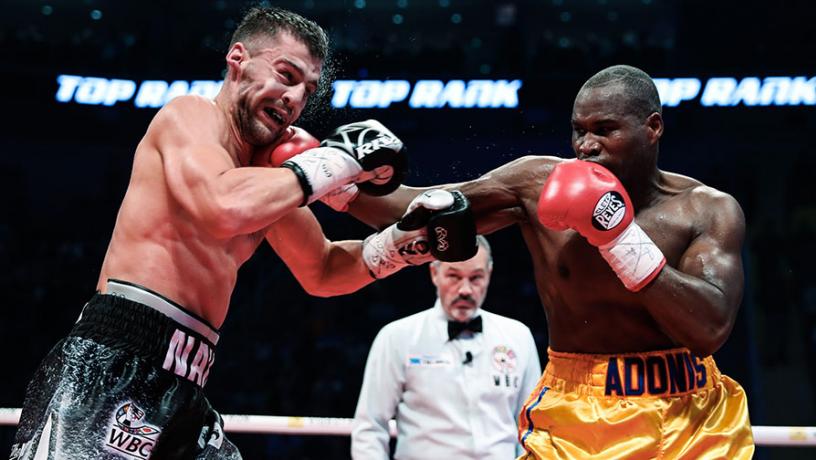 Adonis Stevenson's five-and-a-half-year reign as WBC light heavyweight champion came to an end when he was knocked out in the 11th round by Oleksandr Gvozdyk. 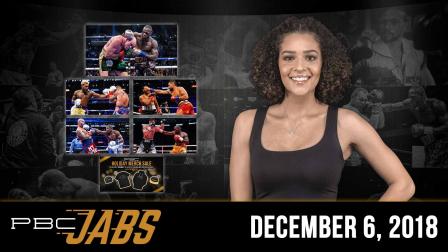 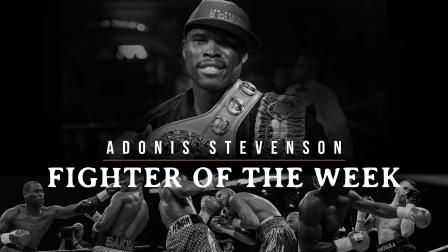 Fighter Of The Week: Adonis Stevenson click here to get video transcript 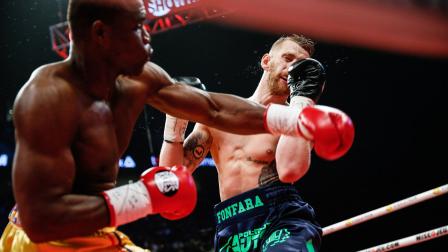 Two members of the PBC family are recipients of awards they truly embody.

Wilder-Fury was a historic heavyweight showdown, but it was just the icing on the cake of what was a thrilling night of boxing.

Adonis Stevenson WINS against Thomas Williams Jr. by KO in Round 4 of 12

With a relentless fighting style, Haitian-born Canadian Adonis Stevenson has overcome early hardships to become a 175-pound world champion. Stevenson became involved with gangs as a teenager, and served 18 months in prison before being released in 2001. The fighter known as "Superman” turned professional in September 2006 after a decorated amateur career, and won a world title in 2013.

Stevenson has spent his career turning expectations on their head—starting with his name.

Born Stevenson Adonis in Port-au-Prince, Haiti, he immigrated to Quebec, Canada, with his family as a child and later inverted his name.

He got involved with street gangs as a teenager, and was imprisoned for his criminal activity in 1998.

Stevenson served 18 months of a four-year prison sentence and was released in 2001.

After his prison release, he turned to boxing and got his life in order.

Stevenson racked up a 33-5 record as an amateur, winning the Quebec 160-pound amateur title in 2004, as well as a silver medal at the 2006 Commonwealth Games.

Stevenson turned pro in September 2006, and after going 9-0 with seven knockouts, the southpaw fighter won a 10-round unanimous decision over David Whittom in December 2007 to claim the vacant Canada 168-pound title.

He continued to climb in the rankings with KO victories over Dhafir Smith, Anthony Bonsante and Jermain Mackey, but he experienced his first defeat in April 2010, losing by second-round TKO to Darnell Boone.

In 2012, Stevenson began working with Hall of Fame trainer Emanuel Steward, who raved about the southpaw fighter’s potential.

But Steward died in October of that year, and his nephew Javan “Sugar” Hill took over as Stevenson’s trainer.

After losing to Boone, Stevenson won his next seven fights, including a sixth-round KO of Boone in a March 2013 rematch, to put himself in position to vie for a 175-pound world championship.

Stevenson entered his June 2013 title fight with Chad Dawson as an underdog, yet he knocked the champ out in just 76 seconds of the first round with a powerful left cross to win the title at age 35.

ESPN.com named Stevenson’s stoppage of Dawson the knockout of the year.

The Canadian successfully defended his title twice in 2013, beating former champion Tavoris Cloud in seven rounds in Montreal, and gaining a sixth-round TKO of Tony Bellew in Quebec City.

In 2014, Stevenson improved to 4-0 in championship bouts to retain his title.

The 175-pound champion won a 12-round unanimous decision over Andrzej Fonfara in Montreal in May, followed by a fifth-round KO of Dmitry Sukhotsky in Quebec City in December.

Coming up big against Sakio Bika

Stevenson made his Premier Boxing Champions debut in Quebec City on April 4, 2015, fighting Sakio Bika in a bout that aired live on CBS.

Stevenson put Bika on the canvas in the sixth and ninth rounds with big left hands, and controlled most of the 12-round bout to win by unanimous decision.

According to CompuBox statistics, Stevenson landed 229 of 635 punches for a 56 percent connect rate, while Bika landed 113 of 390 punches (34 percent).

Even at the age of 39, Stevenson is still pursuing his goal of becoming the first undisputed 175-pound world champion since Roy Jones Jr. in 1999.